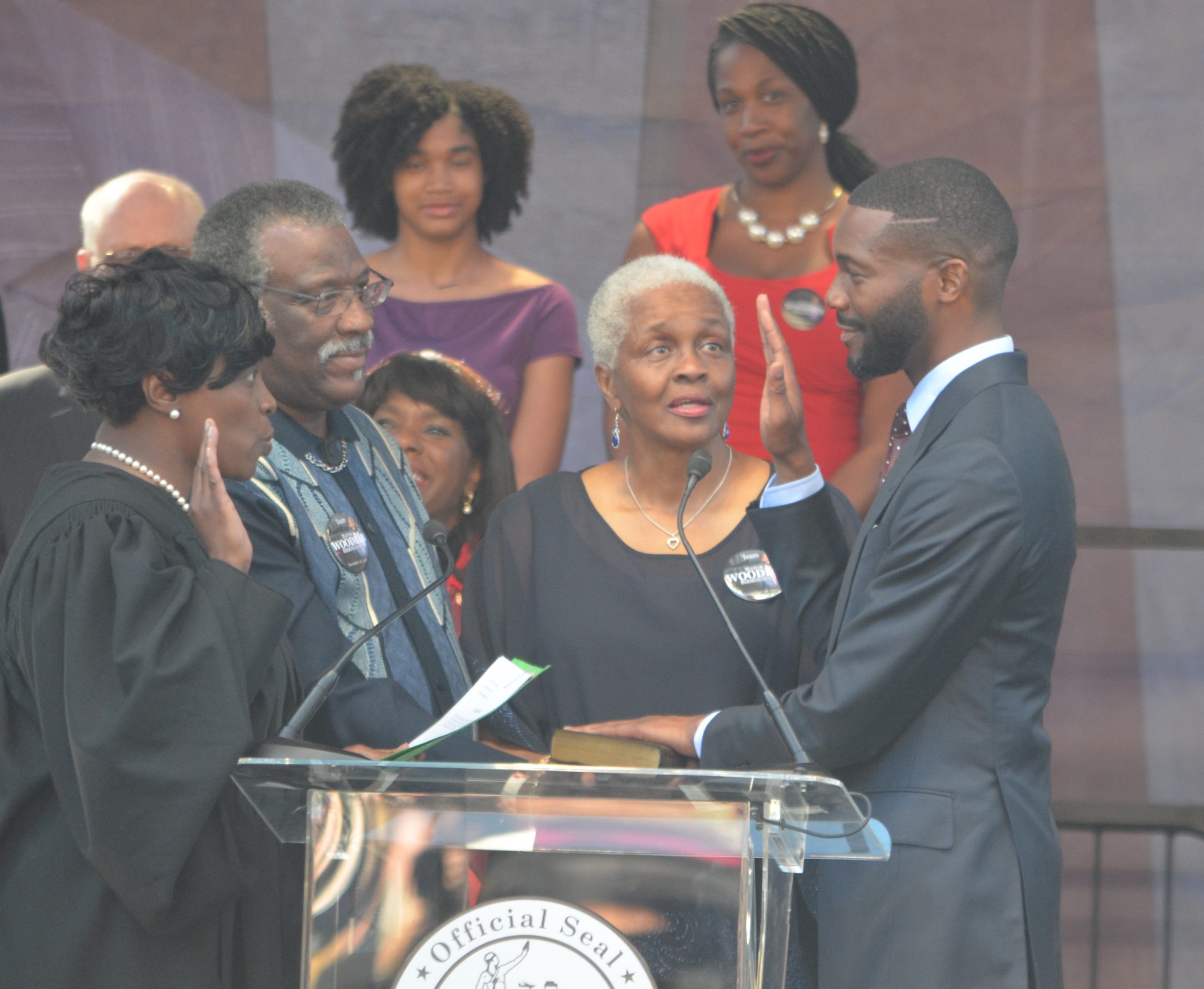 
Randall Woodfin, a 36-year-old former Birmingham School Board member, was inaugurated on Tuesday as the city’s 30th mayor. Hundreds of people from Linn Park watched as Woodfin was sworn in. He beat William Bell in a second round on October 3. The celebration continued with a reception for the Mayor and City Council at the Birmingham Museum of Art.

Here is an overview of the event:

Who was on stage

Woodfin was joined on stage by his parents, siblings, senior executives and members of city council. Former mayors Richard Arrington and Bernard Kincaid sat in the front row, along with national commentator Jeff Johnson, who has supported Woodfin throughout the campaign. US Representative Terri Sewell was also on stage. Former mayor William Bell was not present, but Woodfin acknowledged this in his comments.

Reverend John Cantelow III, pastor of Woodfin at Sixth Avenue Baptist Church, offered the opening prayer and blessing. Reverend John Cox of the Church Without Walls in Houston, Texas, made the invocation. Cox was one of Woodfin’s roommates at Morehouse College in Atlanta. Cox’s father gave the invocation in 1979 when Richard Arrington was invested as mayor.

Who was in the VIP seats

Woodfin is a member of the Alpha Phi Alpha fraternity. Dozens of his brothers worked in that campaign and wore black and gold ties on Tuesday. Members of the Jefferson County commission, judges and other county officials were also seated in the white chairs reserved for special guests. Morehouse President Harold Martin Jr. and Alumni Principal Henry M. Goodgame, one of Woodfin’s mentors, came from Atlanta for the grand opening.

Woodfin said he would work with the council because that’s what the residents want.

“We will work together to build a stronger city, a safer city, a fairer city – not because it’s convenient, but because the 10 of us think it’s the right thing to do.” , Woodfin said.