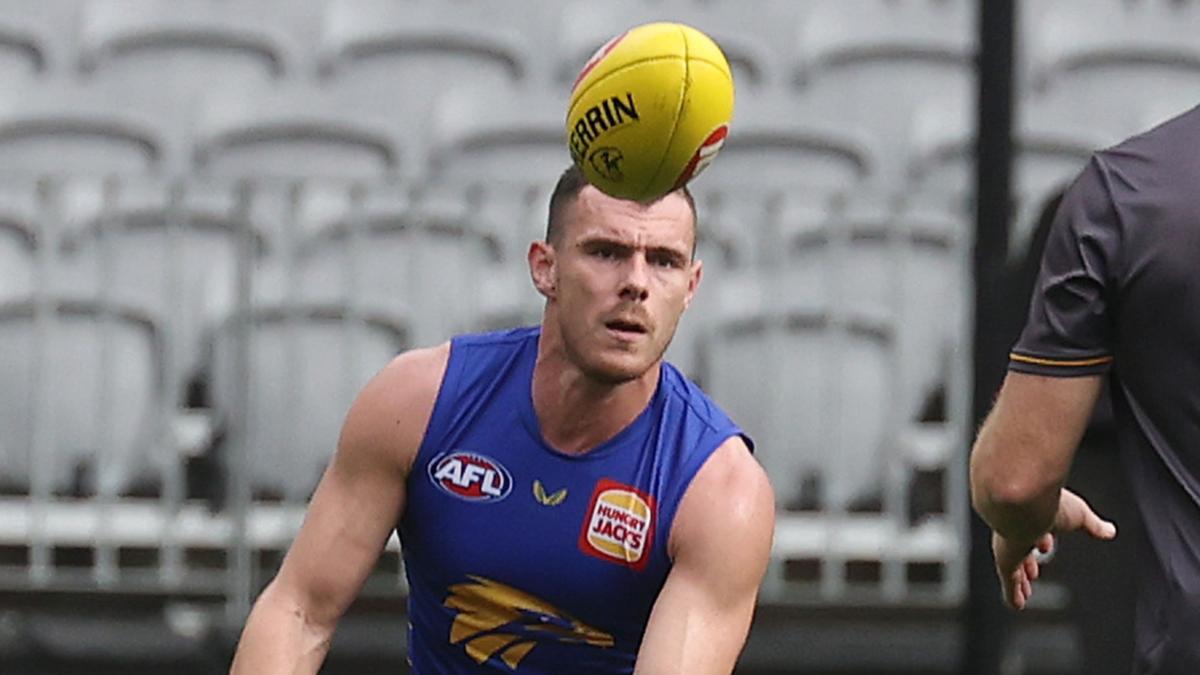 
The West Coast has locked up four fabulous returning stars for their next game against the Western Bulldogs, with coach Adam Simpson saying Luke Shuey, Tim Kelly, Jeremy McGovern and Brad Sheppard will all be included.

But the fate of a second set of players will depend on how many changes the Eagles are willing to make to a winning team, with Simpson not guaranteeing spots for Alex Witherden, Jack Petruccelle, Jarrod Brander and Bailey Williams.

Shuey is expected to line up for the West Coast reserves in Saturday’s WAFL game against Subiaco at Leederville Oval, with several teammates who have recently played at the AFL level as they look to increase their call-back requests.

Shuey hasn’t played in the WAFL for over a decade. The Norm Smith medalist made two appearances for East Perth at the end of the 2010 season after a year marred by glandular fever and a groin injury.

Shuey, who broke down with his last hamstring injury in his only game of the season in the third round, will face the top-flight Bulldogs on Sunday week as long as he gets through this weekend’s warm-up unscathed.

“The principals are staying with McGovern, Sheppard, Shuey and Kelly – these guys will be available and will play against the Bulldogs,” Simpson said.

“Luke will probably play for the WAFL Eagles, so the other three will be available (without playing WAFL).

“And then there will be other guys who will be in the mix for the talk. Obviously Petruccelle, Witherden, Bailey Williams, Brander. There are a few. So we’ll have up to eight players available, I would have thought from the Bulldogs hopefully. “

The clash with the Bulldogs looms as the first time the Big Three Eagles midfielder Shuey, Yeo and Kelly have played together since the 11th round of last year.

The availability of senior players will set up a brutal selection meeting, with inexperienced trio Luke Edwards (two games), Harry Edwards (six) and Luke Foley (four) expected to come under pressure after playing major roles against the Tigers .

Simpson said he was proud of each of them.

“I’m not surprised Luke has adapted well. I was a little surprised that he had 11 touches in the last quarter in the biggest game of the year, ”he told the club’s website.

“But his composure was something we saw pretty much right away (after being drafted).

“And Harry Edwards has been in the works for a few years… but he didn’t seem out of place.

“And Luke Foley… his apprenticeship took a little longer than the other boys.” So he’s ready to go. Now it is a question of securing his place.