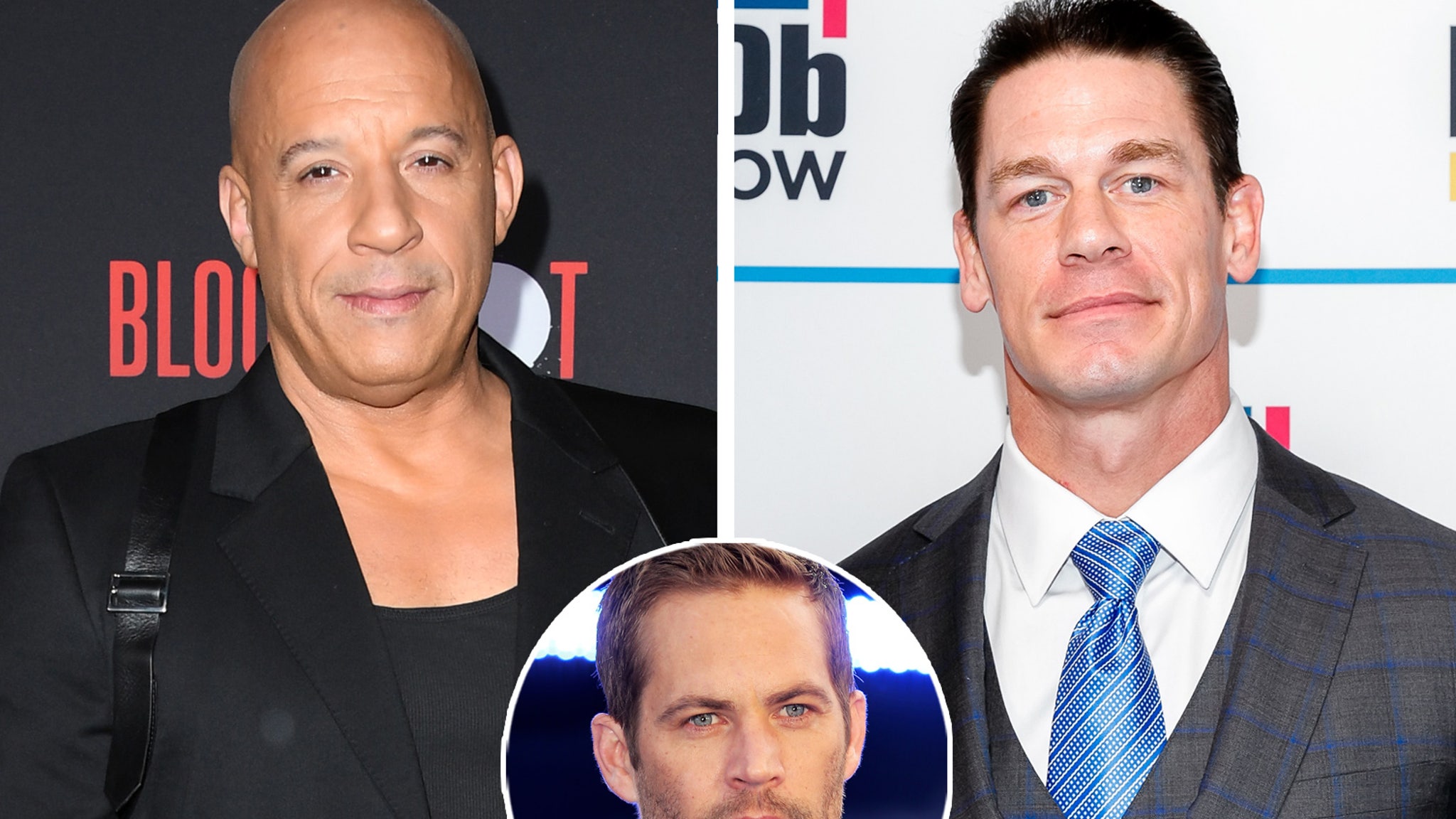 The actor described the moment as “very magical”.

During an appearance on Wednesday’s episode of “The Kelly Clarkson Show”, the actor spoke about casting John Cena to play Jakob Toretto, the brother of his character Dominic, in “F9”. Diesel, 59, said he believed Walker sent Cena to him.

“Obviously I’m multicultural. You could have chosen anyone to be my brother,” Diesel told Clarkson. “For two months before I started filming, I created a sanctuary where I could do all the combat training, all the stunts and I had the Charger there to simulate the garage to enter the state of. ‘spirit Dom. “

“The brother idea worked really well on paper, but when the time came to launch it, the anxiety,” he admitted. “Who could you choose to be Dom’s brother and 20 years of acting? The audience knows our mythology so much.”

“And [Cena] walk into the sanctuary one morning, “Diesel continued.” I had this strange feeling that Paul Walker had sent him. “

The “Guardians of the Galaxy” voice actor referred to an Instagram video he posted in April 2019. In the clip above, Diesel explained how Walker, whom he called Pablo, “sends him” people “every blue moon”.

“Guys, as you know, I always think fast and think about the responsibility of doing something iconic and worthy of your loyalty,” Diesel said on camera. “I know it sounds crazy, but with every blue moon I feel like Pablo sends me someone, another soldier for the fight for the truth.”

“Today someone came to the Toretto gym talking about what Pablo would have brought me,” he continued before Cena stepped into the frame and started to greet and wink. eye to the camera. “All love, always.”

Walker died at the age of 40 from a car accident in November 2013. Diesel is the godfather of Walker’s daughter, Meadow, 20.

In a recent interview with “Daily Pop” by E! Diesel shared his thoughts on Meadow eventually joining the “Fast & Furious” franchise. He appeared to tease that Meadow could possibly appear in future films and referred to “Fast 10”.

“I wouldn’t count anything,” Diesel said, with E! noting that the star’s “cautious” response included a lot of pauses.

“Let me just – without giving you all the secrets of ‘Fast 10’. Let’s just say nothing is out,” he added.