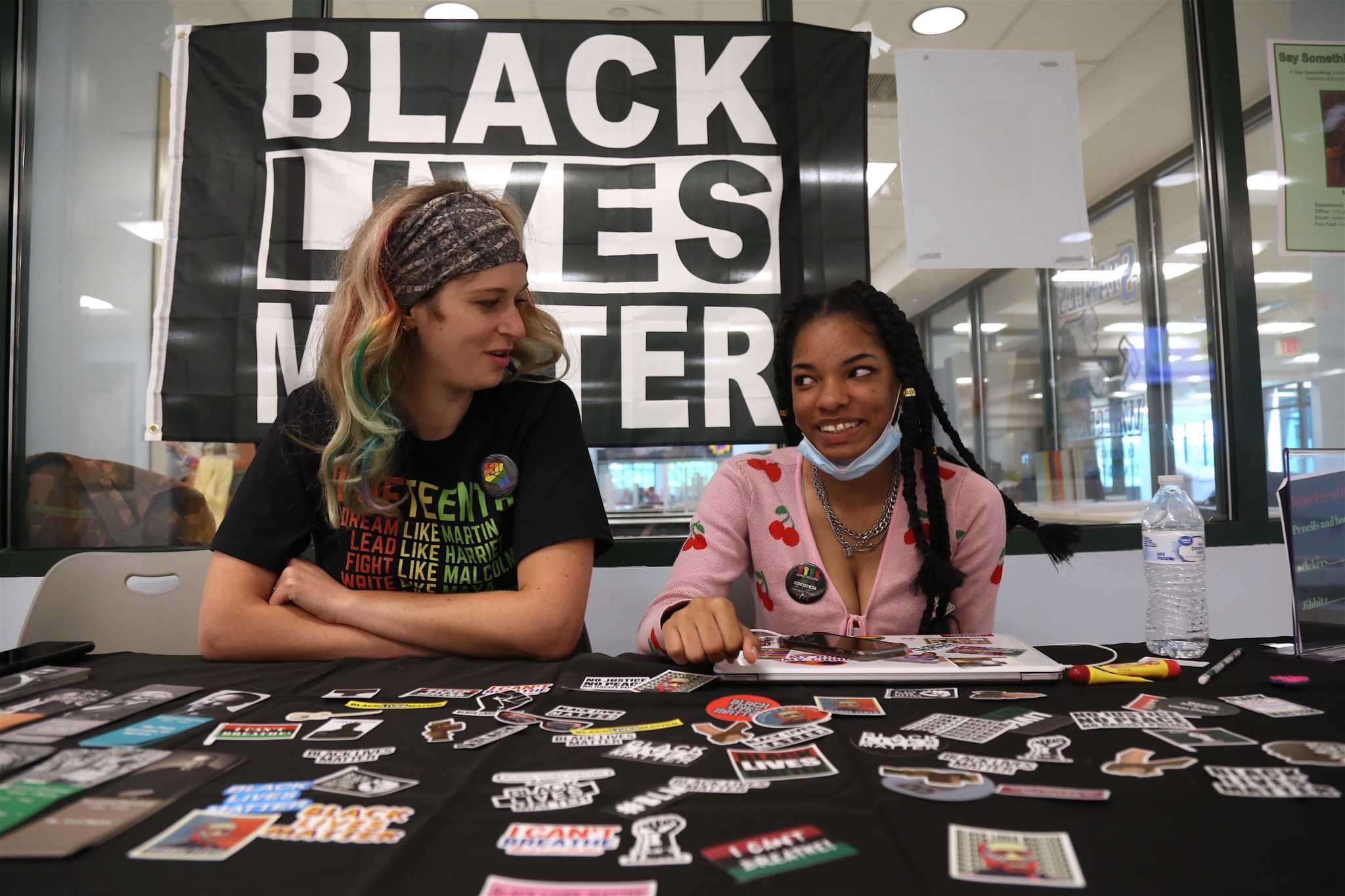 WESTPORT – Trying to explain the intricacies, and the all too often painful challenges, of feeling different from those around you in your day-to-day life is extremely difficult.

But a Staples High School student took the opportunity to do so with her promotion from Juneteenth on Friday, a day after it was made a federal holiday.

Juneteenth honors the practical end of slavery in the United States in 1865, more than two years after the signing of the Emancipation Proclamation.

Junior Emorej Hunter said that few students knew about Juneteenth, so it was important to raise awareness and celebrate a crucial milestone in the ongoing fight for equality and fairness.

“The country doesn’t talk enough about slavery,” Hunter said. “They think it’s a thing of the past, when it still affects people today.”

This, she said, is not only true with specific incidents of racism, but through deep-rooted systemic racism that impacts housing, education and employment opportunities. .

“Deep-rooted racism is still there in this country and we need to talk about it and recognize it rather than just sweeping it under the rug,” she said.

Her personal story is unique, as she moved to Westport in sixth grade from New Haven, where she said she literally never knew a white person.

And while Hunter found welcoming friends in town, she also had – and sometimes still does – isolated experiences that made her feel different and to which she didn’t belong.

Therefore, she said, she made an effort to turn her back on where she came from, to act in the best way to just be accepted, but not to explore and engage in experiences related to his ancestry.

“I was not proud of where I came from. I just want to fit in with everyone, ”she said, noting that neither the school system nor the city was trying to change her identity, but she was.

However, recent events – and a grandmother very active in the civil rights movement – have inspired her to bring her story to light and proudly share it with others.

“It’s good for us to come together, to unite,” she said. “It makes you stronger.”

During lunch, waves Friday outside the cafeteria, Hunter and others handed out Crock bracelets, stickers and gallows to students, aided by biology professor Kayla Iannetta, who is also the president of diversity. for the district and advises the SHS Pride Coalition.

“I think the kids really want to support them,” she said, stressing the importance for minority groups of all kinds to have vocal allies who help people feel less alone.

“A lot of our students didn’t even know what Juneteenth Day was,” Iannetta said, so additional information, including a school-wide lecture from Principal Stafford Thomas, helped educate them.

“Last year, no one thought June 17 would be a national holiday,” Thomas said, noting how timing plays a key role in increasing change.

He explained that his first name, Stafford, is actually the name of the slave owners who enslaved his ancestors in St. Croix – a name he passed on to his own son in remembrance.

His first and last names, Wellington and Thomas, were chosen to be representative of freedom and justice. These concepts, he said, should resonate with everyone and not just be words spelled out in the pledge of allegiance.

“Any story is going to be messy and dirty and not clean, but it’s part of who you are,” he said.

Chase Dunlap, grade 11 deputy principal, said Juneteenth’s outreach “was very much needed,” praising Emorej and others for their involvement.

“Timing is important,” he said. “It matches our values ​​as a school and as a community. I look forward to expanding this program in the years to come.