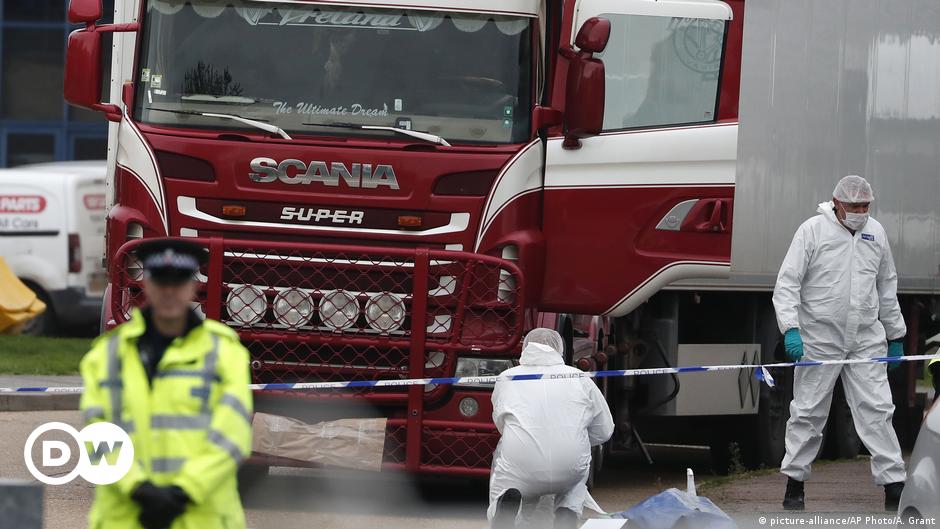 
Italian police say they arrested a man wanted by Britain in connection with a human trafficking plot that resulted in the deaths of 39 Vietnamese migrants in 2019.

Authorities on Saturday arrested Stefan D., a Romanian national, in the town of Cinisello Balsamo, near the city of Milan, in northern Italy.

He was held under a UK arrest warrant and is believed to “belong to a criminal organization dedicated to illegal immigration,” according to a police statement.

What happened in the case?

The bodies of the eight women and 31 men were found on October 23, 2019 in an industrial estate in the town of Grays, in the English county of Essex.

The container in which they were being held arrived by ferry from Zeebrugge in Belgium.

An investigation found that the cooling system had been cut, leaving the migrants to endure scorching temperatures in the airtight container, causing them to slowly and painfully choke inside.

The case sparked an international outcry and a police investigation.

Earlier this year, a British court sentenced two men, Ronan Hughes and Gheorghe Nica, to 20 and 27 years respectively, identified as the ringleaders of the smuggling group.

Truck drivers Maurice Robinson and Eamonn Harrison were also sentenced to 13 and 18 years.

Three other men involved in the group were also sentenced to shorter prison terms ranging from three to seven years.

Editor’s note: Deutsche Welle abides by the German Press Code, which stresses the importance of protecting the privacy of suspected criminals or victims and requires us to refrain from revealing full names in such cases.