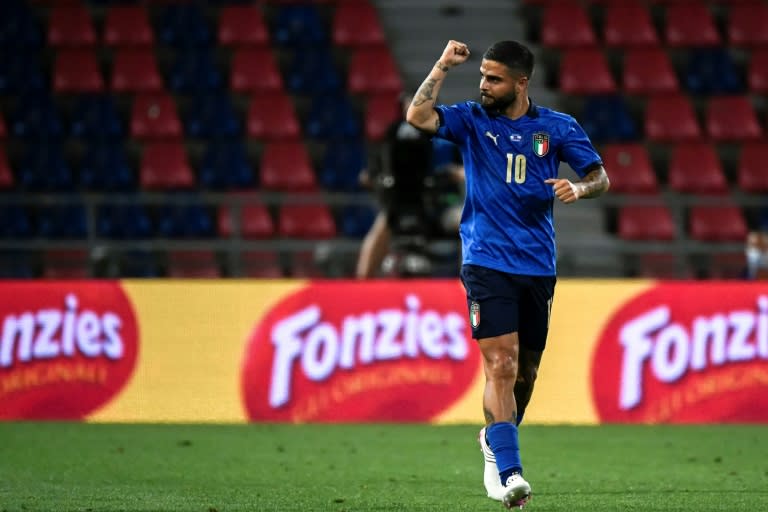 
A week before the kick-off of Euro 2020 in Rome, Italy crushed the Czech Republic 4-0 in Bologna on Friday, keeping an eighth consecutive clean sheet.

Ciro Immobile Nicolo Barella Lorenzo Insigne and Domenico Berardi have all scored for the hosts who open the Euro against Turkey next Friday.

In the absence of Paris Saint-Germain midfielder Marco Verratti, who is treating a knee injury, Jorginho, Champions League winner with Chelsea, and Barella quickly set the pace for Italy.

Barella, who injected energy from the midfield, added a second before half-time.

Immobile set up Insignia to mark the third with a deflected shot.

Berardi closed the party in style, to the delight of the few thousand spectators present in the venerable Dall’Ara stadium.

They also warmly welcomed the debut of Sassuolo striker Giacomo Raspadori, the surprise pick of the 26-man squad, with 12 minutes remaining.

While Italy’s attack had fun, the defense maintained their defensive strength with an eighth straight clean sheet.

The Czechs, who open their Euro campaign against Scotland in Glasgow on June 14, started off brilliantly before the home side took full control.

The only real scare for Italy coach Roberto Mancini came when Leonardo Bonucci limped in the first half after twisting his right knee, but the Juventus defender came back and finished the game.

Italy are undefeated in 27 matches, since September 2018.